The Hyde Park Neighborhood is the most sought after Historic district in South Tampa. The area with it’s mature oak tree lined streets and wonderful location, Hyde Park is definitely one of the nicest areas in South Tampa. The neighborhood sits close to the Downtown area, but still retains a quiet serene feeling. People enjoy strolling on the brick streets to the Hyde Park Village for refreshments or some shopping. Or walking the other direction for walking, jogging, or bike riding along the bay shore. The Two Schools in the Neighborhood, Gorrie and Wilson, are also historic buildings. Gorrie only serves part of Hyde Park, the other elementary school serving Hyde Park is Mitchell. 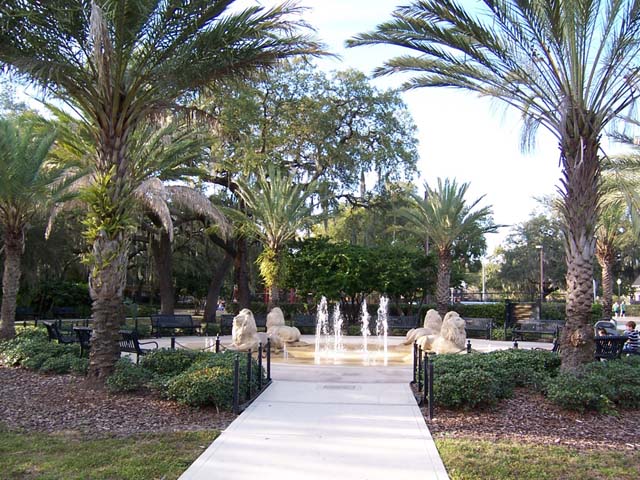 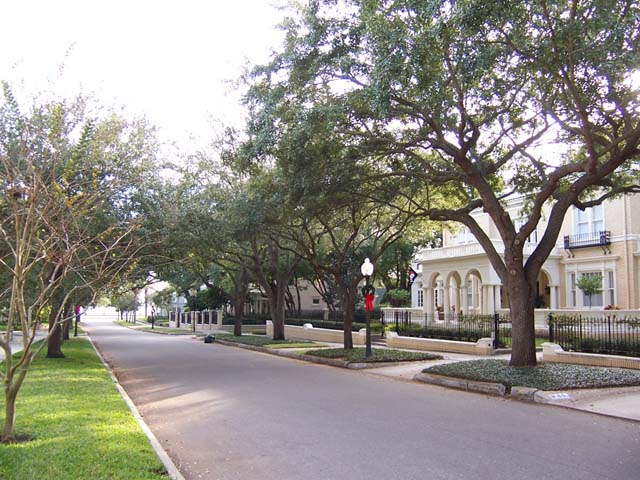 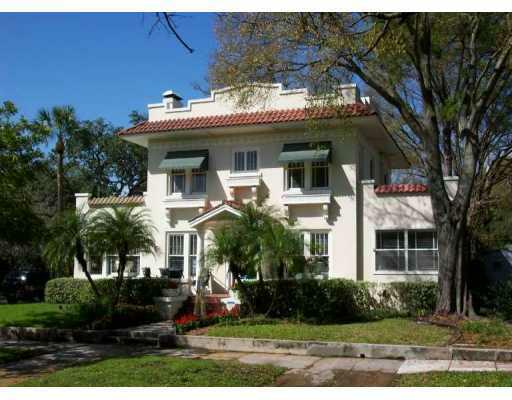 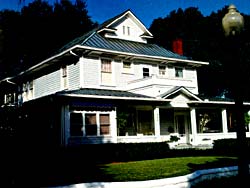 ARCHITECTURE
Hyde Park’s charm is due in part to the cross-section of architectural styles represented and to the quiet, pedestrian-oriented, tree-lined streets, Some of which retain their original brick. The neighborhood’s special character also comes from its spacious front porches, similarity in building heights and the uniform fifteen-foot required setbacks.
Hyde Park, a National Register Historical District, as well as a local one, shows off the many architectural styles that were burgeoning at the turn of the century Often the homes demonstrate a mix of what the owner wanted and the architect – thought they wanted. Along the older streets, closest to downtown, are found large Colonial and Neo-Classical Revival structures, many now converted to commercial use.

The area is controlled by the Architectural Review or ARC. The ARC is in charge of making sure that the architectural history of the area is preserved and maintained. In the Designated areas of Hyde Park, Seminole Heights, and Tampa Heights, the ARC must be consulted in regards to any renovations to the exterior of the property or new construction.
The well-preserved residential sections south of Swann Avenue include examples of the above as well as the turn-of-the-century “Princess Anne” style, a simplified version of its Victorian predecessor, the Queen Anne. The numerous Bungalows, with their distinctive elephantine or truncated porch columns, share the shaded streets with Mediterranean Revival styles of the 1920s and the simpler American Four square.
HISTORY
The town of Tampa was created by the establishment of Ft. Brooke in 1824. Even before the fort was built there was a fishing village in what is now the older section of the Hyde Park area. The village, which was called Spanish Town originally, was located on Tampa Bay near where Spanish Town Creek flowed into the bay at the end of Hyde Park Avenue.
Tampa was later incorporated in 1855. Later with the completion of the Lafayette Street bridge in 1888, and the opening of Henry B. Plant’s magnificent Moorish style Tampa Bay Hotel in 1891, turned the city’s attention to the sparsely populated west bank of the Hillsborough River. The area got it’s name when in 1886, twenty acres on the West side of the river were purchased by O.H. Platt of Hyde Park, IL. Platt created the first subdivision naming it after his home town. It is the oldest platted residential area west of the river.
Hyde Park, convenient to downtown Tampa, rapidly became an attractive residential suburb. Many prominent citizens began building homes south of the Tampa Bay Hotel. Soon some of the most luxurious homes were being built south of the Tampa Bay Hotel as the pines, marsh, and latter the orange groves gave way to the need for land.
BOUNDARIES
The boundaries for Historic Hyde park roughly are Tampa Bay the cross town on the west and Kennedy on the north side.
Other articles for those relocating or interested in Tampa FL:
What is South Tampa l South Tampa waterfront l Moving to Tampa l Davis Islands l New Suburb Beautiful l Harbour Island
We provide E-mail updates for people interested in knowing about hot new listings in South Tampa before other Buyers here: new listings
A more specific list of recent sales for properties in Hyde Park can be found: Hyde Park sold homes