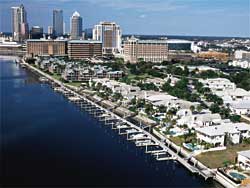 Harbour Island is a private, gated, master-planned community in South Tampa and is directly linked to downtown Tampa by two bridges. Secluded and worlds away from the stresses of day-to-day life, this unique community is Tampa’s island paradise in the city. With the Harbour Island Athletic Club, restaurants, and boat slips close at hand. There is a healthy mix of single family homes, townhomes, and condos on Harbour Island giving a choice to a wide range of people. It is just a short walk over the bridge to Channelside bars and restaurants, the St. Pete times forum, and the Tampa Aquarium. Though during major events, traffic can be a concern, it is urban living at it’s best. Harbour island is in the Gorrie elementary, Wilson Jr High, and Plant High School dist. Harbour island has a few scenic ponds and a walking path down the center known as central park. 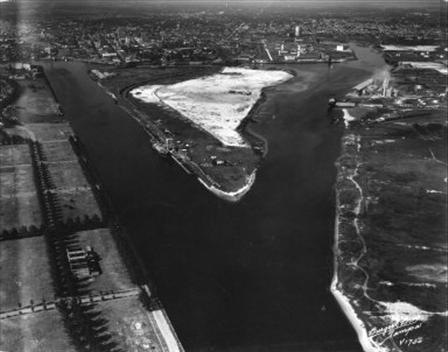 Harbour Island was first Known as Seddon Island. It was named after W. L. Seddon, chief engineer for the Seaboard Air Line railroad. In August of 1906, a public hearing was held to figure out plans for the city’s new port. Seddon’s plans were adopted and soon his company was dredging a channel and establishing a port facility on Grassy Island.

The 177-acre island was much later bought by the Beneficial Corporation, a consumer finance and insurance company based in Wilmington, Del., from the Seaboard Coast Line in 1979 for $2.9 million. The Beneficial Corp. had plans for a mixed Residential, office, and retail development. The vision took a long time to materialize. The first phase was begun in 1985. It included a 300-room hotel, a 199,000-square-foot office building and a 66,000-square-foot retail center. The projects had their problems, but the retail did by far the worst. In the end, the only thing that has lasted is Jackson’s Restaurant, which still serves great food. Also around this time the first condo projects, the 3-story Seddon Cove waterfront condo and Alder Court a 6-story condominium, were built.

For about 6 years, Harbour Island stayed all but dormant. In fact the development company was losing tens of millions of dollars a year. Only in 1991, did development restart in the form of Island Walk Apartments, Harbour Homes, and Island Homes. Soon the development could not be stopped. In the 1990’s, Port Royal and St. Tropez on Seddon Channel, The Keys and Harbour Side townhomes on the East side channel were completed. The few pieces of land left became the Point, which are large single family homes on the south tip of Harbour Island, and the Park crest and Plaza condos, which are just being completed.

If you would like a free list of homes for sale in Harbour Island and would like more information about South Tampa or would like to be the first to know about hot new listings before other buyers do: South Tampa listings

For more info about different areas in South Tampa, please visit:
South Tampa Homes and Real Estate for great info on all the South Tampa neighborhoods.